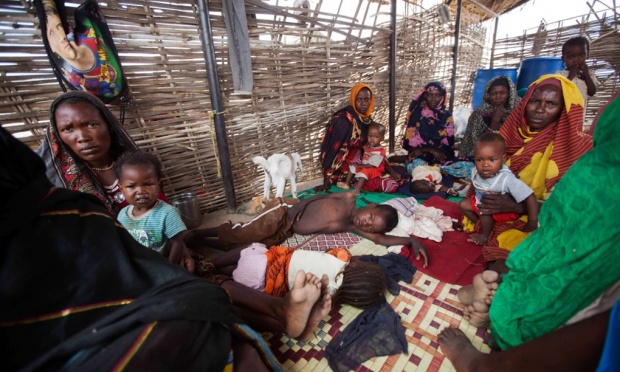 This year marks the 15th anniversary of a landmark UN resolution that recognised the vital role women can play in conflict resolution and peace-building. But has it made any difference?

This year marks the 15th anniversary of a landmark UN resolution that recognised the vital role women can play in conflict resolution and peace-building. But has it made any difference?

Resolution 1325 was passed unanimously by the UN security council on 31 October 2000, following decades of lobbying by women’s rights activists. It was the first security council resolution that addressed the specific impact of war on women and girls.

The key points of the resolution were ensuring women’s full participation in conflict resolution and peace negotiations; action to protect women and girls from gender-based violence in war, and the prosecution of those who carry out such attacks; as well as a recognition of the different needs of female and male ex-combatants when planning disarmament, demobilisation and reintegration programmes (DDR).

The resolution also called for more women in peacekeeping operations and local police forces, more funding to support local women’s peace initiatives, and to assess all peace agreements for their effect on women.

It even urged the design of refugee camps to take account of the particular needs, and safety, of women and girls – such as installing lights next to toilet blocks, places that are often the site of attacks on women.

Since resolution 1325, six other resolutions designed to further support and protect women in peace and conflict have been passed, including the most recent two in 2013.

What difference has it made?

Resolution 1325 – and the subsequent resolutions – has given much needed high-level attention to the impact of peace and conflict on women and girls, and offers activists something concrete to which they can hold governments to account.

However, in terms of practical, on the ground change, an impact study, published by the UN to mark the 10th anniversary of the resolution in 2010, painted a less than rosy picture.

The report found that UN missions had “achieved little success” in improving the participation of women in peace negotiations and agreements. Women in rural areas still felt excluded.

It said while some progress had been made in passing laws against sexual and gender-based violence, and improving women’s security, “conflict-related sexual violence as a deliberate strategy in areas of conflict still occurs with impunity” and had proved a “formidable challenge” for peacekeeping missions.

Only modest achievements had been made in bringing a gender perspective to DDR.

Last year women expressed concern that they were being excluded from a high-level conference on the reconstruction of Afghanistan, hosted by the British government. This was after the UK had committed to a leading role in getting more women involved in peace-building.

According to UN Women, fewer than 3% of signatories to peace agreements are women, and less than 10% of negotiators are women. In 2011, of the nine peace agreements signed, only two – Yemen and Somalia – made specific provisions for women.

Rape is still a potent weapon of war, with few prosecutions of perpetrators.

Resolution 1960, passed in 2010, reiterated a “deep concern” that despite the condemnation of sexual violence in conflict, it was still widespread. Meanwhile, resolution 2106, passed in 2013, called on member states to address impunity.

In June, William Hague, Britain’s then foreign minister, and actor Angelina Jolie hosted a three-day summit on ending sexual violence in conflict. The summit was part of the government’s Preventing Sexual Violence in Conflict Initiative; world leaders signed up to an international protocol on the documentation and investigation of sexual violence in conflict. Campaigners will be waiting to see if this protocol makes any difference. At its launch, Liesl Gerntholtz, executive director of the women’s rights division at Human Rights Watch, said prosecution was not always a priority for women.

In his report on women, peace and security, published in October, the UN secretary general, Ban Ki-moon, said sexual violence in conflict “continues to affect women, men and children with shocking frequency and impunity”.

He said women were being targeted for abuse in Iraq and Syria, with reports of rape, forced marriage and forced prostitution. In parts of South Sudan, women have been disproportionately affected by mass displacement, making them vulnerable to abuse.

An analysis of the implementation of 1325, published last year by the Institute for Global and International Studies, pointed to a review meeting at which participants suggested member states were too focused on addressing sexual violence, rather than gender equality and women’s empowerment, which were “at the heart” of the 1325 agenda.

Another report, published in October by the Global Network of Women Peacebuilders and Cordaid, said funding for the implementation of national action plans on resolution 1325 was inadequate.

In September, Ban launched a global study to review progress and challenges since 1325 was passed, ahead of a high-level meeting scheduled for October 2015, to mark the anniversary.

In October last year, member states, civil society groups and UN agencies met in New York to discuss establishing a five-year finance mechanism – with the catchy title of the “global acceleration instrument on women and peace and security” – to speed up the implementation of resolution 1325. Supporters hope to launch the initiative later this year.

In April, the Women’s International League for Peace and Freedom is marking its 100th anniversary, and the 15th anniversary of 1325, with a conference to discuss what sustainable peace-building actually means, and explore the root causes of conflict.