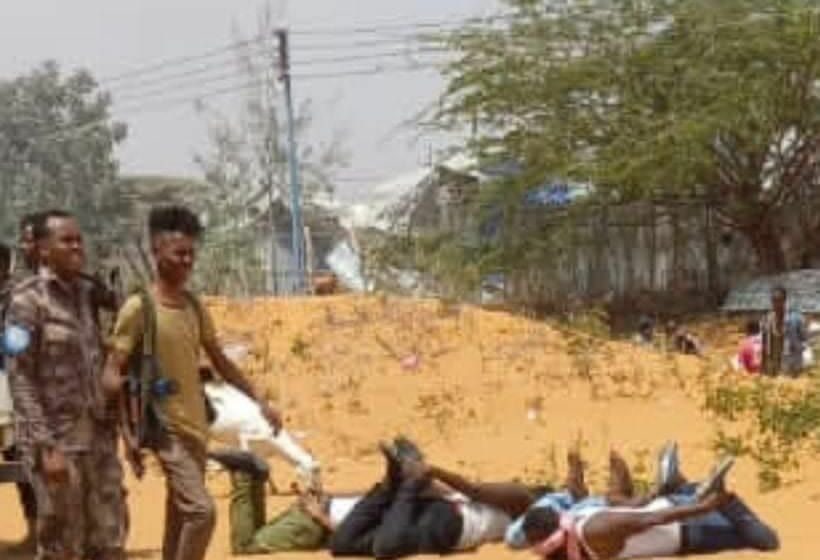 Somalia’s organization for women in the media has strongly condemned the torture by the government soldiers on journalists in Mogadishu as humiliation and an act of terror while they were on duty to report the latest attack by Al-Shabaab militants.

Maryan Seylac, the executive director of Somali Media Women Association (SOMWA), said she was upset when she saw images posted on social media showing soldiers tied four journalists and laying them on their chests on the ground on a sunny day.

“I am really very shocked how the government behaved and dealt with the reporters. This is absolutely inhuman and cruelty. The journalists were dealt as they were prisoners caught in the battle area.” Maryan Seylac said. It is against human rights law and freedom of expression.

SOMWA calls on the government authorities to investigate the latest action by its soldiers and those who were responsible for the torture should be held accountable.