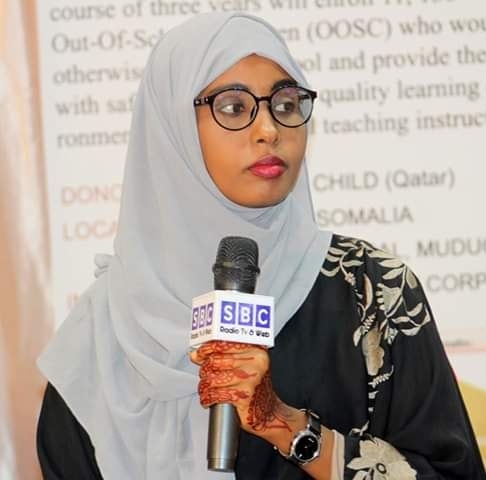 SOMWA is concerned over the safety of Habiba Ladan Abdi, a female journalist who has been receiving threats from the security forces in Qardho, Puntland, a member state of Somalia’s Federal government.

Habiba, SBC TV journalist told SOMWA that earlier this week, the police raided both her home address and also office because of news coverage on the current security tension in the region.

She said she was hiding for over a week and did not perform her work for fear of being harassed or arrested by the local authorities.

“We condemn the constant threats, harassments, and intimidations of Puntland Police officers against SBC’s female journalist.” Maryan Seylac, the executive director of SOMWA said. “We call on the local authorities to respect the freedom of the press and let the female journalist exercise her duty.”

According to our source, Habiba’s case has been dropped by the regional court with the condition of not reporting anything that is against Puntland state authority.

“We see this as Gender-Based Violence and total oppression of freedom of media, which is unacceptable.” Maryan Seylac said.