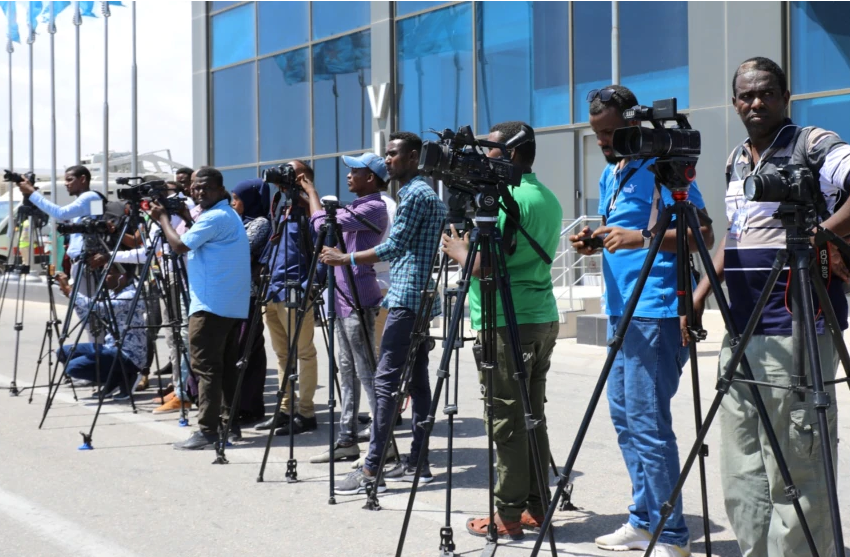 FILE – Reporters are seen during a stake-out in Mogadishu, Somalia, Dec. 29, 2019. The Somali government recently directed journalists to replace the name used for the Islamist extremist group “al-Shabab” with “khawarij,” which means “a deviation from Islam.”

Somalia is one of the most dangerous countries for media, with rights groups saying militants are responsible for many media killings. A bombing in late October killed one journalist and injured two others, including a contributor to VOA’s Somali service.

Maryan Seylac, the executive director and founder of the Somali Media Women Association, said such attempts to change how media refer to al-Shabab are not fruitful.

“With this issue in place, if the government orders the use of the word ‘khawarij’ and directs the media to use it, it will put Somali journalists in great danger,” said Seylac. “It will cause fear and unrest, and it will increase the number of journalist killings because al-Shabab will directly target independent media, which they will see it to have sided with the government.”

Seylac told VOA that journalists are not a party to any conflicts and should be allowed to operate independently. “The media knows what is legal and what is not,” said Seylac, “so in my opinion, I don’t expect the term khawarij can be implemented.”

The directive comes weeks after Somali media protested a separate order on coverage of al-Shabab. Authorities later arrested the secretary general of the Somali Journalists Syndicate, Abdalle Ahmed Mumin, on what they say are security-related charges.

Journalists have decried the directives, saying the actions put them in harm’s way.