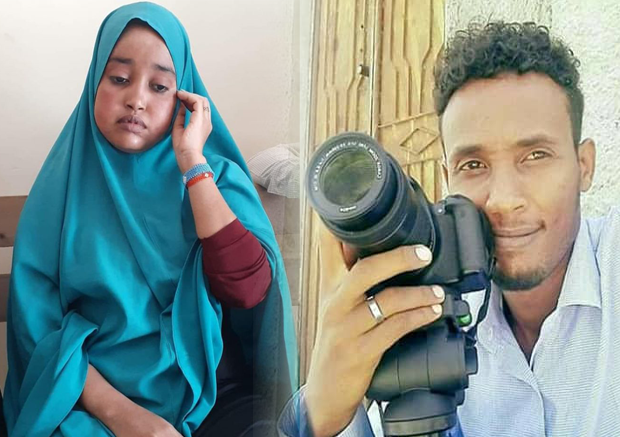 Somali Media Women Association (SOMWA) is strongly condemning the torture on Shabele TV female reporter Safiyo Osman Abdulle and her cameraman Abdukadir Gacal by the Somali government soldiers in Mogadishu capital on Monday morning, describing it as in violation of human rights and freedom of expression.

This came hours after Somalia president Mohamed Abdullahi Farmajo announced that the 1964 panel code will be reformed.

The journalists were attacked by the soldiers from Waberi district of Mogadishu city as they were trying to report a demonstration by the local people who were complaining about the district authority corruption on aid food distribution.

The soldiers have also confiscated the station’s equipment including camera and microphone.

“As we try to report the protest, the soldiers at the district began to beat us with their gun-points. I was badly tortured as one of the soldiers hardly slapped me and then hit his gunpoint on my head and injuring it. I became unconscious and laid on the ground as he continued to kick me with his boot.” Safa Osman Abdulle, Shabelle TV reporter said.

“We call for an immediate and fully investigation on the attack. We can not accept any violation against the journalists.” Maryan Seylac, Executive Director of SOMWA.

SOMWA has extremely worried about the safety conditions of the independent journalists in Mogadishu, calling on the government to act quickly to protect the journalists.