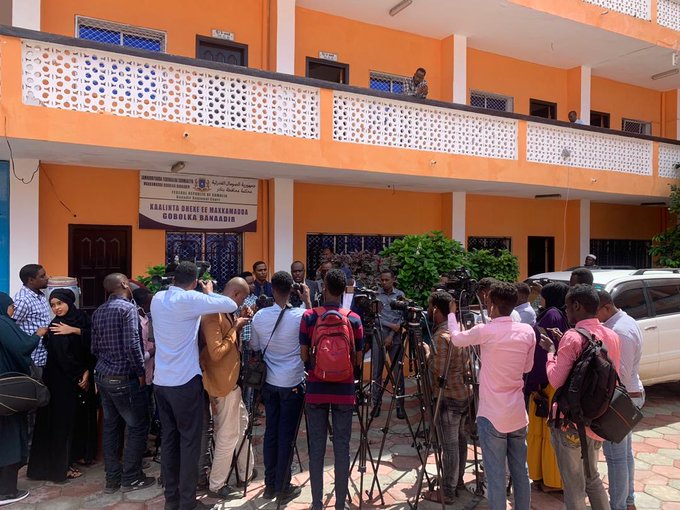 Somali Media Women Association (SOMWA) strongly supports the objection of lawyers defending Abdiaziz Gurbiye, an editor and deputy director of the privately owned Goobjoog Media Group who has been accused of baseless charges against him.

The journalist was arrested in April after he posted an article on his personal facebook page alleging that the government had mismanaged its COVID-19 response.

He accused President Mohamed Abdullahi Mohamed Farmaajo of taking away a ventilator donated to a local hospital.

He also talked about a lack of drugs in the local hospitals due to corruption on the government’s public health services.

On 3rd of May, president Farmaajo has previously declared the penal code will be reformed and wouldn’t be used against journalists. We argue these charges are invalid as we are demanding from the court to drop the charges.